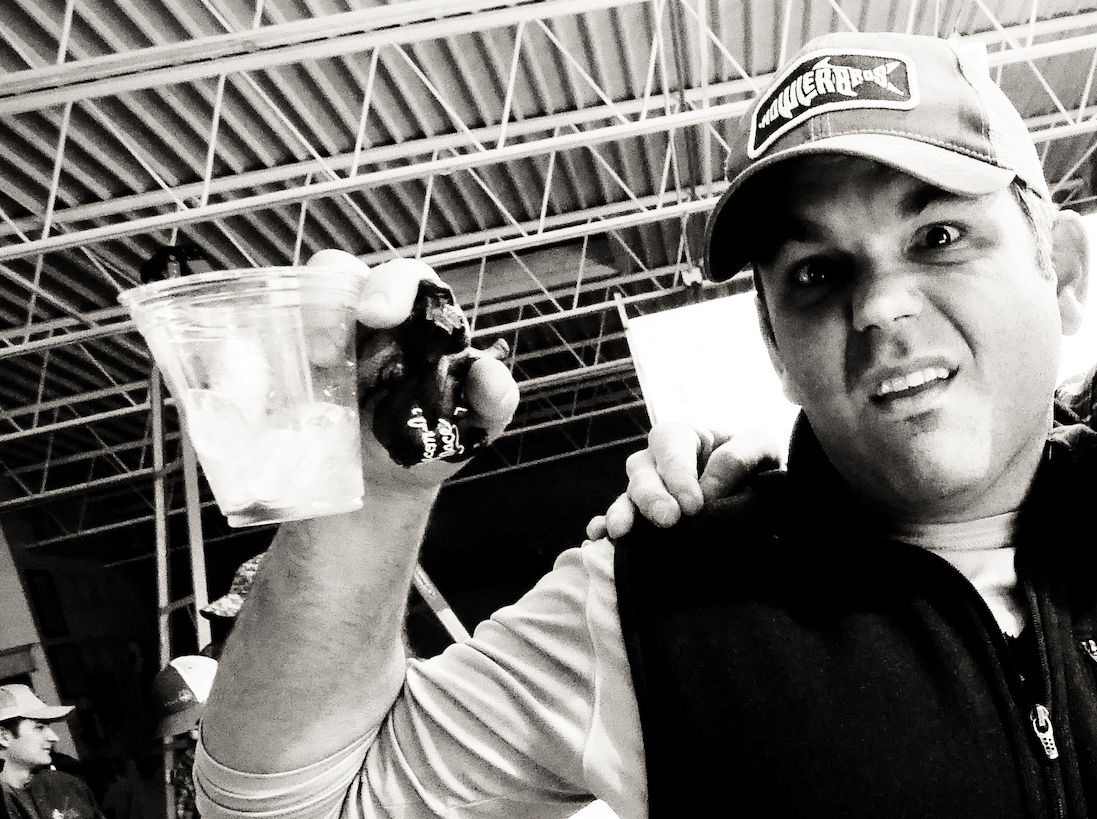 First and foremost let me thank you for your heartfelt apology in the last issue of SCOF. I feel certain that the apology, in conjunction with the check for the broken window, is a start in the right direction to getting your privileges at the East Knoxville Fishing Club reinstated. Unfortunately, at this time, the board still feels that you are too big of a risk to be permitted back on the premises in any capacity, much less unsupervised for overnight stays. You’ve got to know that if anybody is pulling for you it’s me.

Now, having said that, I recently spoke with your handler ,er, partner Steve, who brought it to my attention that my own behavior in Asheville has been the subject of some talk amongst Asheville’s inner circles (drum?) as well as some of the participants of the Iron Fly contest. I feel strongly that my behavior was misinterpreted and I want to address some of the points Steve mentioned to me as I was inspired by the cathartic nature of your own apology letter. I’ll start by saying that placing me behind the open bar to collect the five dollars from patrons was the right thing to do given that I’m accustomed to handling large sums of cash. However, I suspect the proximity of the bar to the Vedavoo E-Cig Smoker’s Lounge (Only in Asheville and pure genius!) may have had an intoxicating effect on me. Well, this and the fact that I was over-served by an inattentive barkeep clearly had the detrimental effect of sending me tripping down the lane towards a meta-physical, transcendental stroll within the much maligned spirit world. It was with this mindset that I asked to see your new “Born to be Free” tattoo which you had received earlier in the day in the parking lot of the WNC Agricultural Center during the WNC Fly Fishing Expo.

If it hurt badly when I slapped it as you pulled your sleeve back to reveal the fresh ink and your swollen pink flesh, I am sorry. I suspect that my fatherly instincts rose up at this point because, if one of my kids came back from NC with that on their arm, I would have bitch-slapped them too. And let’s be honest, is there any dumber back-story to a tattoo than you got it in the midst of a very small regional fly-fishing expo next to a barn typically reserved for livestock during the annual county fair? While I haven’t spoken with your wife about this I suspect she would back me up. No?

And finally, I should mention that I owe an apology to the good citizens of Asheville. The parking meter I accosted smelled mightily of a bourgeois bohemian and offended me with it’s sense of entitlement. I must have assumed that given the fair city’s enumerable Muppet peasants milling about that the utopia would offer parking spaces for free. My assumption, I’m afraid, made an ass of me. Alas, David, we that are true lovers run into strange capers. But as all is mortal in nature, so is all nature in love mortal in folly. I’m sorry if you’re still upset.